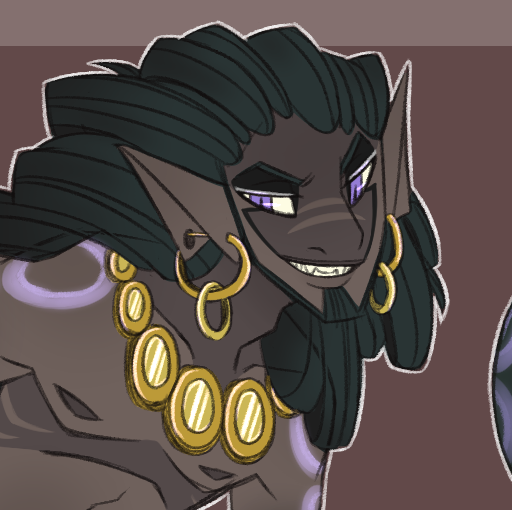 The Foreign God of the Sea and Storms

Lord Yamm is a Semitic/Canaanite deity who serves as an adversary to the Egyptian pantheon.

The extended profile for Yamm as he appears in Deities of Duat and DEITIES Project. Yamm’s character and design are a fictional representation that is heavily based on Egyptian mythology, as well as the fantasy and world-building elements of DEITIES verse.

NOTE: Some sections of this profile are currently In Progress, and are planned to be completed at a later time. Other sections are Sealed or otherwise locked; they can be “unsealed” after certain conditions are met for the project.

Animal Form: An octopus, loosely based on both the Common octopus and the Blue-ringed octopus; Black coloration with purple rings that can glow; Bright purple eyes with cross-shaped pupils.

Lord Yamm — The Foreign God of the Sea and Storms
Other Names: Yam / Yam-Nahar / Nahar

[NOTE: The current maximum for key attributes is a spread of 22.5/30. Deities are measured relative to each other in optimal conditions and active combat, but even deities with lower stats are stronger than the average mortal.]

*NOTE: “OG!Yamm” refers to the original canon that closely follows the mythology in Ancient Egypt, where his character is portrayed as an adversarial and tyrannical god.
“AU!Yamm” refers to alternate canons, where the worst traits from his OG character are nixed and he forms healthier relationships — explored for fun and particularly in AUs and events.

[Italics] = Others’ Characters (© Their Respective Artists)

[Information for this section to be updated at a later time]

[NOTE: The following is a non-exhaustive list of historical and independent references, for designing aspects of this character in DEITIES Project. The list may be updated periodically, and each resource may vary in content and maturity — please use discretion when visiting any links.]

A collection of galleries including featured artwork of Yamm as he appears in DEITIES Project, as well as his alternate designs in additional AUs and events.

The last gallery for Giftart & Commissions features others’ artwork of Yamm — including but not limited to any giftart, fanart, collaborations, and commissions — thank you all!

All Artwork © Their Respective Artists. NOTE: Artist credits in image captions, and full credits and links are listed below.

Hello everyone! I'm Teni / TeniCola, and I'm an illustrator and visual storyteller who recently completed her education as a visual designer and web developer. My WordPress.com presence is still in the works, but if you're looking for my other media accounts, you'll find them on my profile site -- https://tenicola.carrd.co View all posts by Teni