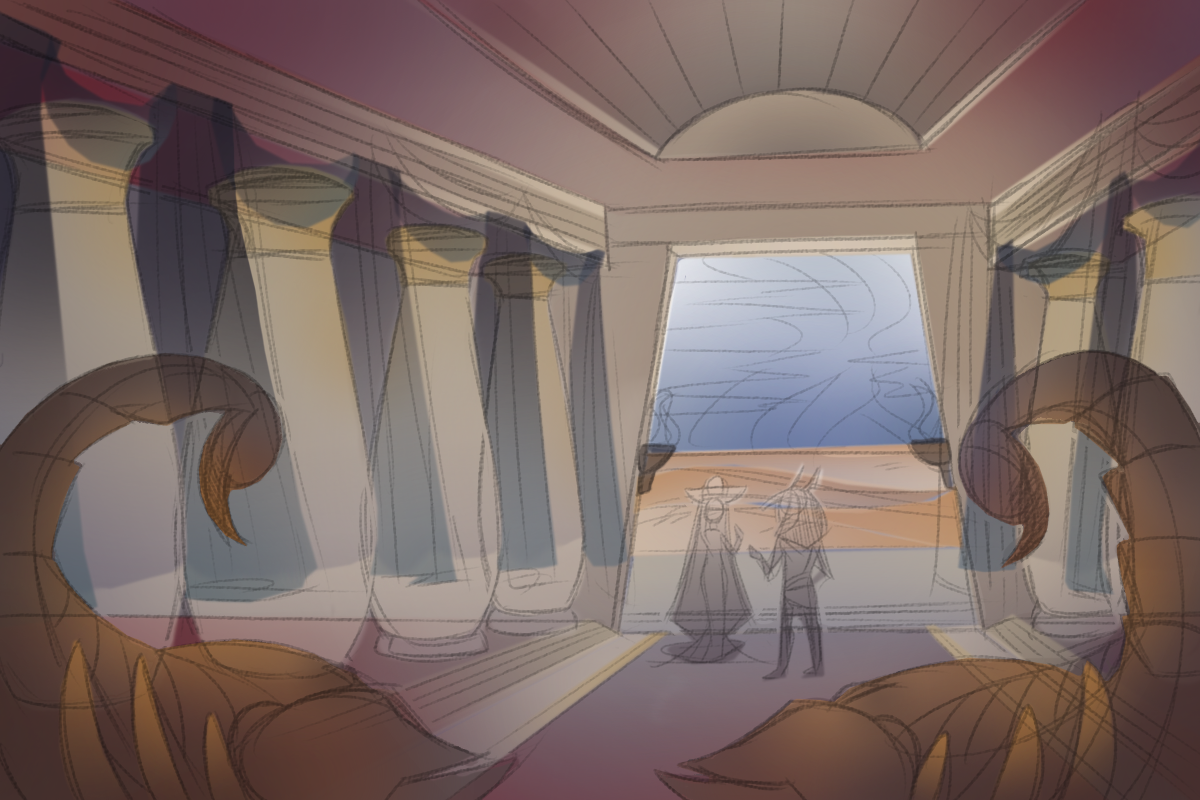 The storyline of DEITIES will take place between two distinct realms — The Overworld of Egypt (the living, mortal world), and the Underworld of Duat (the land of the dead, and home of the gods). The time period is during Ancient Egypt, falling roughly around the start of the New Kingdom, during the 18th dynasty (~1540 BC).

In reference to the mythology, the plot of the main storyline takes place several centuries after the results of The Contendings [of Horus and Set]. Any short stories and mini comics may take place during different points of time, depending on the context.

The following are a growing collection of notes with relevant, confirmed sections of plot and backstory for DEITIES Project.

Notes on the major plot points and backstory relevant to the main story of Deities of Duat: The Chaos Seal. These notes may be shared sparingly, as most will be revealed within the main story. 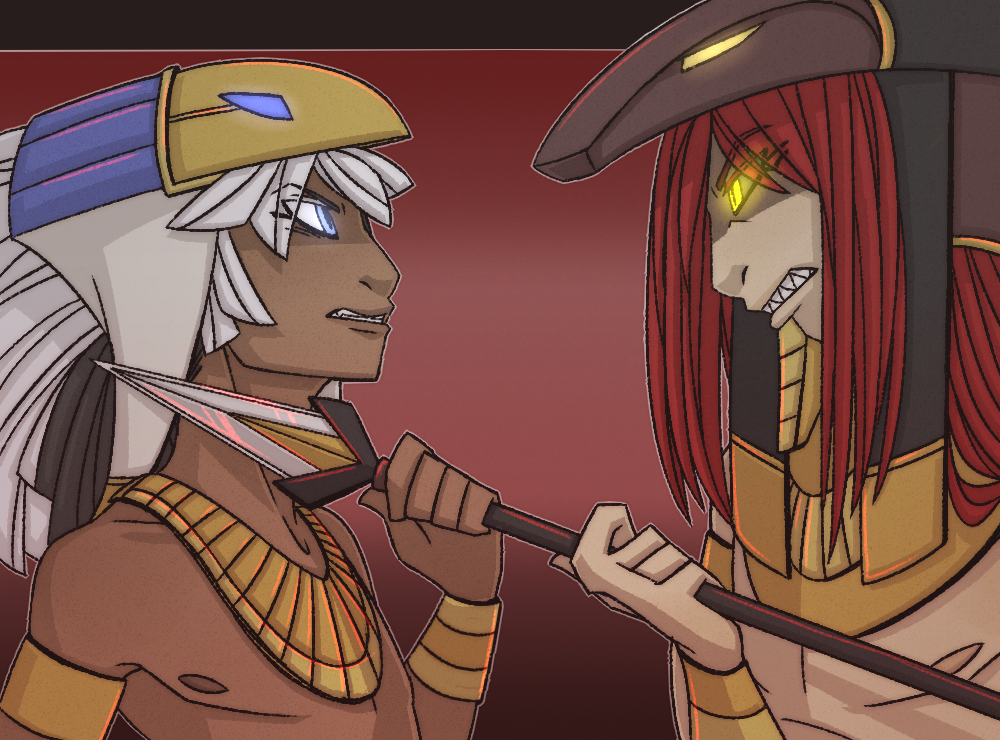 The Contendings of Set and Horus 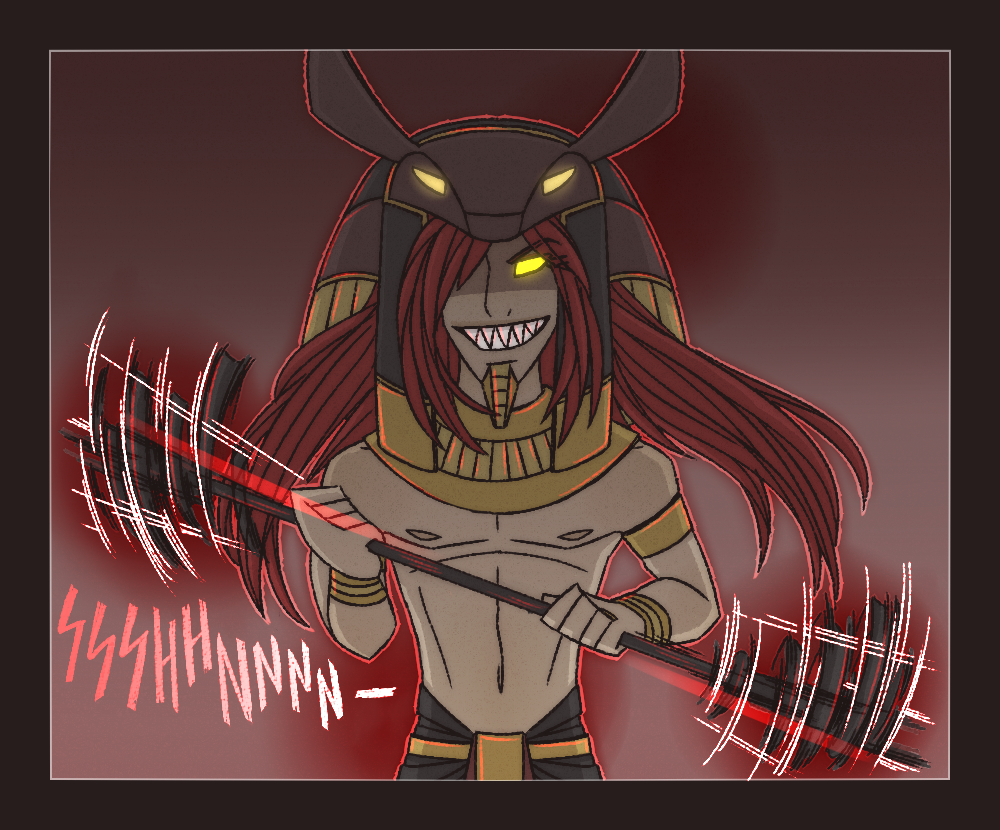 The Sentencing of Set 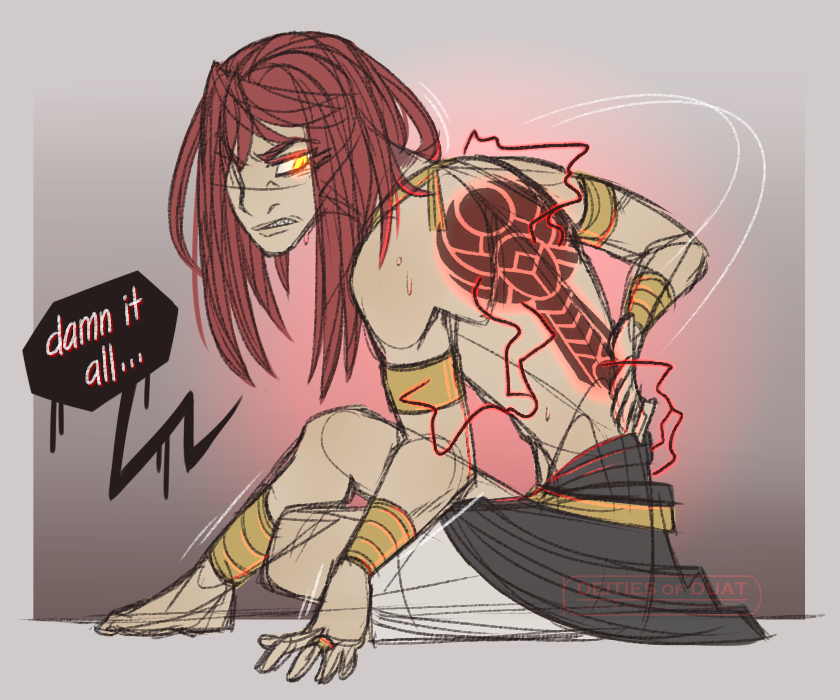 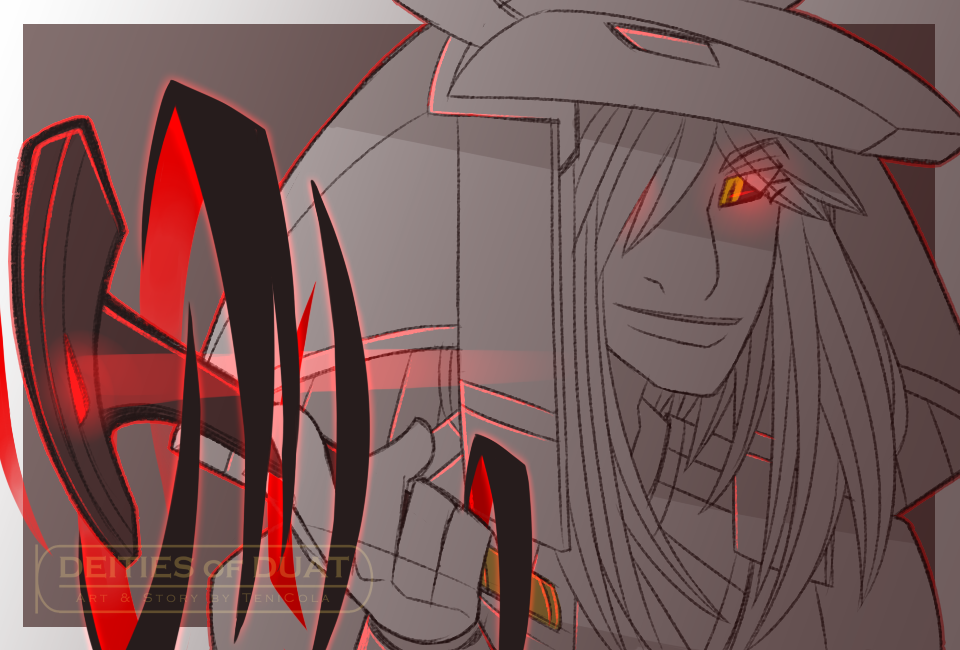 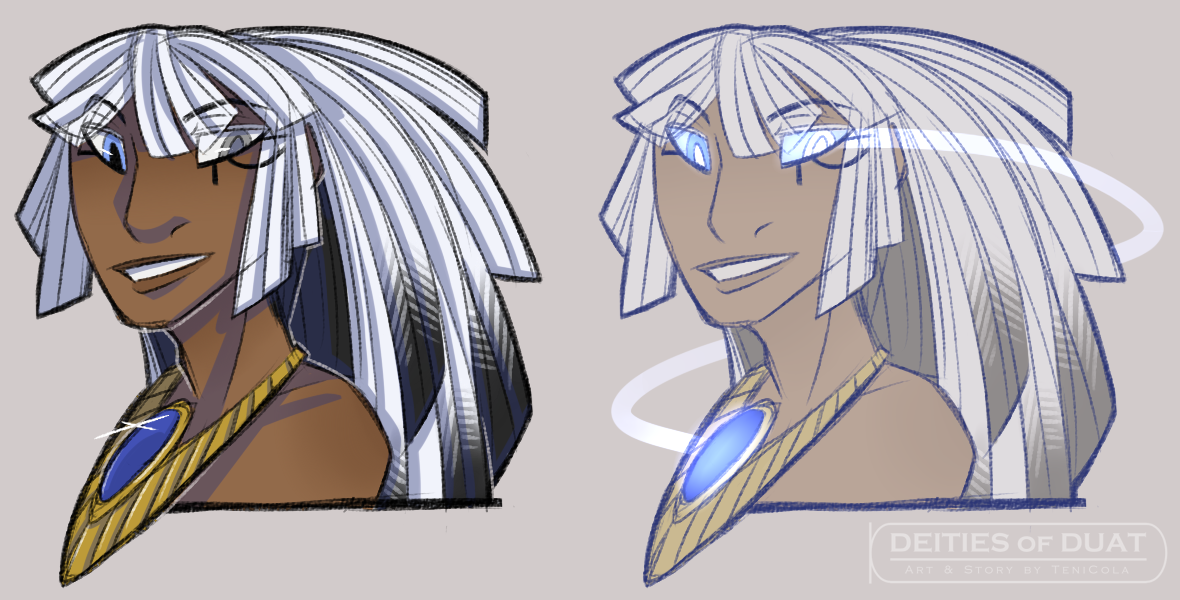 The Eye of Horus 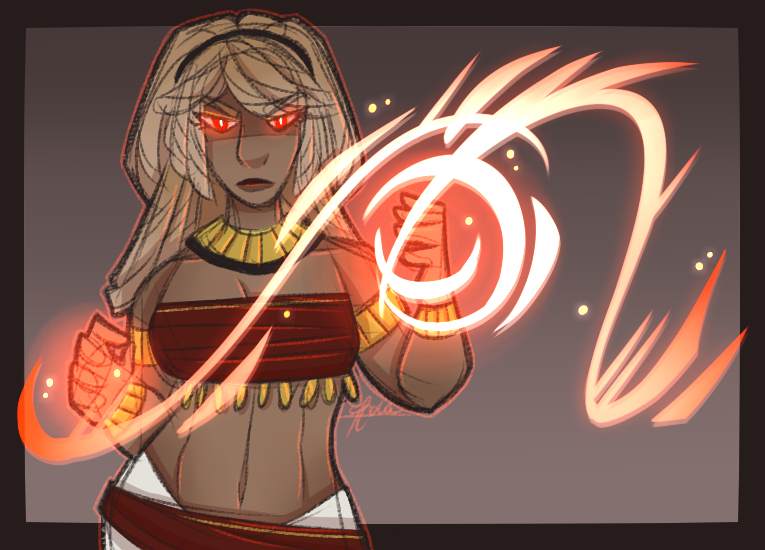 The Slaughter of Sekhmet 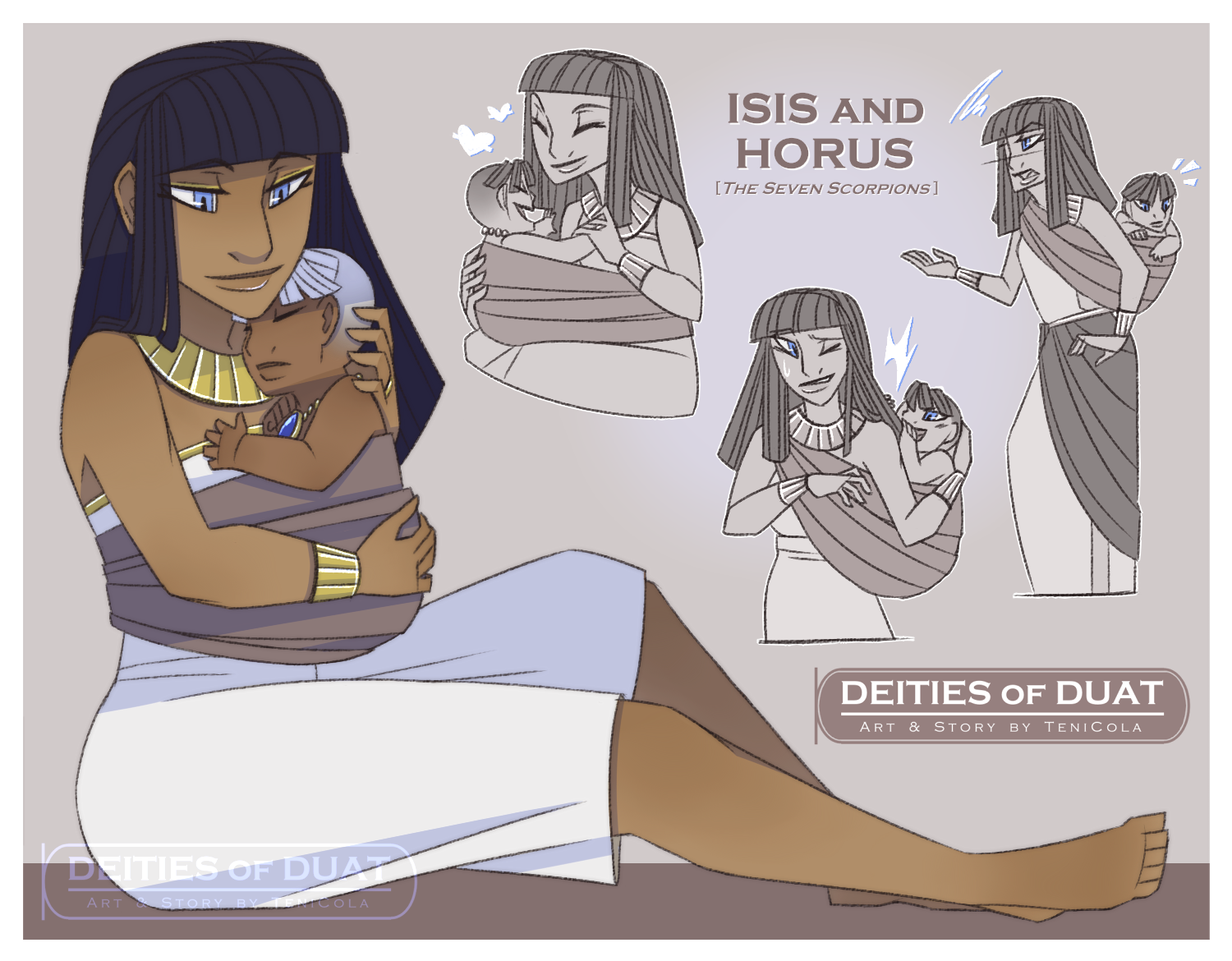 Notes that expand on confirmed locations, items, and definitions used in DEITIES Project, both fictional and otherwise. 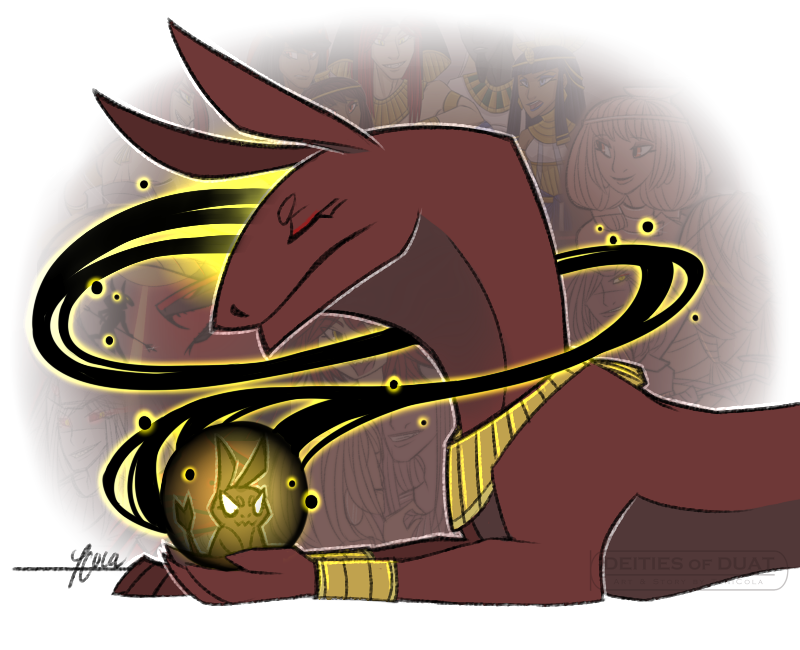 Ancient Egyptian mythology and history will serve as the supporting framework for the world of DEITIES — especially for much of the backstory, concepts for magic, and other features. While there are countless versions of the myths, the ones featured in this project are of my own personal interpretation, and may be adjusted in the story for consistency’s sake. There will also be concepts for DEITIES verse that I will develop which lean towards fantasy elements. I will mention references to existing myths and history where relevant, and also point out which features are of my interpretation or creation.

With that said, understand that these notes are all intended to be in reference to the fictional world of DEITIES and its aspects of fantasy; there may be some discrepancies between what is “official canon” in DEITIES, and what is supported by historical evidence and research, or argued as correct. This is a reminder that not everything written in these notes, or published on this website, is meant to be purely factual or 100% accurate about Ancient Egypt.

When in doubt, feel free to check the References and Resources page, or the FAQ page (to be moved to this website and updated at a later date).